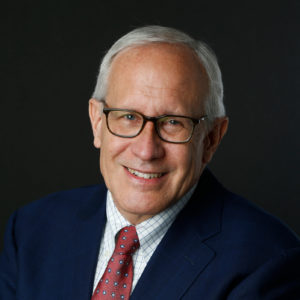 David McCraw is one of America’s leading First Amendment lawyers, or, as a veteran New York Times reporter once put it, “the lawyer every journalist dreams of having.”

David has spent the last 17 years at The New York Times, where he serves as the newspaper’s top newsroom lawyer.  He has been the lawyer behind virtually every major investigative and political story The Times has done during that period, from its Pulitzer Prize-winning stories on the dangerous working conditions at a Texas foundry, the lethal aftermath of Hurricane Katrina at a New Orleans hospital, and the secret fortunes of China’s political elites to the paper’s groundbreaking coverage of the war in Syria, Donald Trump’s leaked tax returns, and the government’s top-secret surveillance of American citizens.  During the years that The New York Times Company owned the Boston Globe, he served as the lawyer to the Globe’s investigative reporting team, which was later made famous by the Academy Award-winning movie “Spotlight.”

In October of 2016, a letter David wrote to Donald Trump’s lawyer defending the paper’s right to publish a story about two women who claimed to have been groped by Mr. Trump became one of the lasting artifacts of the presidential campaign.  The letter was viewed and shared by millions of readers as it went viral in the heat of the 2016 race for president. A Washington Post opinion piece called the letter “glorious,” and Times columnist Roger Cohen wrote, “Of all the sentences written about Trump over many, many months now, my favorite is the last in the letter sent by David McCraw.”

David is among the nation’s most prolific litigators of freedom-of-information cases.  He sued the Obama Administration more than 25 times for withholding information and forced the disclosure of secret documents on a range of topics from CIA drone strikes in Yemen and terrorist investigations in the U.S. to the burgeoning governmental surveillance being done on American citizens.  In the first two years of the Trump administration, he was the lead litigator on more than two dozen lawsuits seeking the release of government documents under FOIA. He first came to prominence as a FOI lawyer when he successfully argued before New York’s highest court for the release of government records detailing the 9/11 emergency response.

David also heads up The Times’s crisis management response when reporters are in peril while on assignment abroad.  He spent seven months working on the kidnapping of journalist David Rohde in Afghanistan in 2008, negotiated with the Libyan government for the release of four Times journalists seized by the Gaddafi government during the country’s bloody civil war, and has overseen the paper’s successful efforts to assure the safe return of journalist seized in Egypt, Ethiopia, and elsewhere.

David has been an advocate for freedom of expression and press rights around the world, working on projects in Kuwait, Russia, Yemen, Montenegro, and Bahrain and conducting workshops in China, South America, and various countries across Central and Eastern Europe.

Following his graduation from the journalism school at the University of Illinois, David worked as a journalist at the Quad-City Times in Davenport, Iowa.  He later earned degrees from Cornell University and Albany Law School and was a professor of journalism at Marist College in Poughkeepsie, New York.   He has been an adjunct faculty member at Harvard Law School and the NYU School of Law

David was born and raised in Monticello, Illinois.